Although rare, anglers occasionally catch hybrid sunfish. These fish tend to have characteristics of both parents, but identification can be complex. Hybrid sunfish are often quite colorful and some attain exceptional sizes.

According to biologists, several members of the sunfish family (Lepomis) are capable of interbreeding successfully. Offspring may exhibit a number of variations including coloration, size, fertility, sex ratio and other attributes.

Among the most common sunfish hybrids are bluegill x pumpkinseed crosses. Hybrid sunfish typically have features which are associated with both species. Sunfish that exhibit a large, dark opercular flap. combined with pumpkinseed type body coloration are usually assumed to be the result of hybridization. 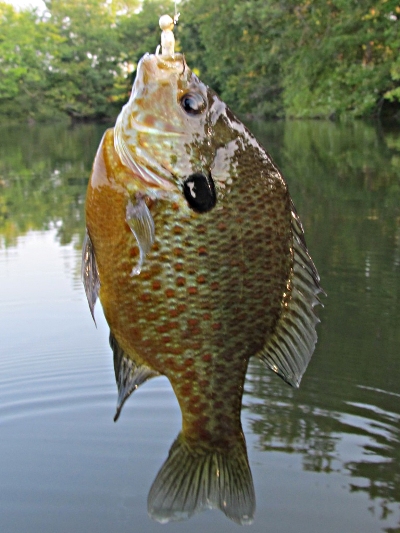 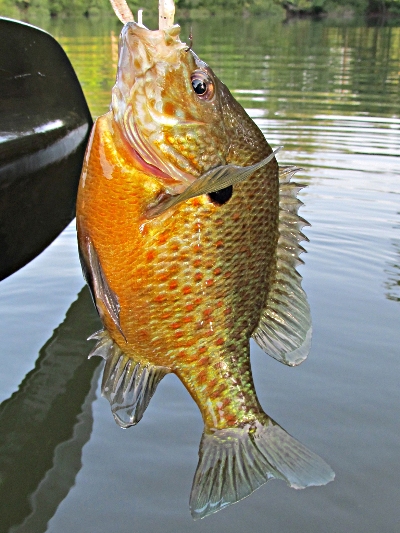