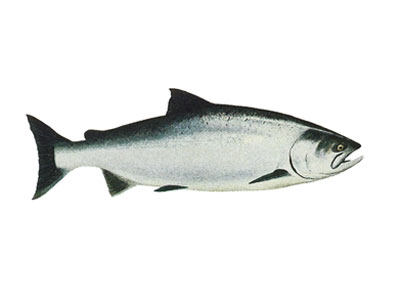 Sea run Chinook are anadromous; adults migrate from marine environments into the freshwater streams and rivers of their birth. Like other Pacific salmon, Chinook spawn only once and then die.

Chinook salmon meat is red-orange in color, flaky, and firm with a high fat content. Wild caught Chinook is generally considered to be the best variety of salmon for the table.