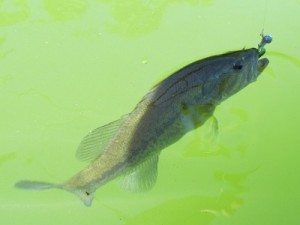 Catch-and-release fishing is popular, but the practice is effective only if released fish are handled carefully, according to the North Dakota Game and Fish Department (NDGFD).

The agency recommends several precautions will enhance the likelihood of a released fish remaining healthy:

Fish should be caught from depths less than 30 feet.

Land the fish quickly. If possible, don’t play the fish to exhaustion while attempting to bring it in.

A needle-nose pliers or similar tool should be used to remove the hook.

When removing the hook, don’t squeeze the fish or hold it by its eye sockets, and avoid contact with the gills.

If the fish is hooked deep, cut the line close to the mouth.

If possible, hold the fish in the water while preparing it for release, including while handling it to remove the hook.

Don’t throw the fish into the water. When releasing it, place it into the water and move it slowly back and forth until it becomes acclimated.